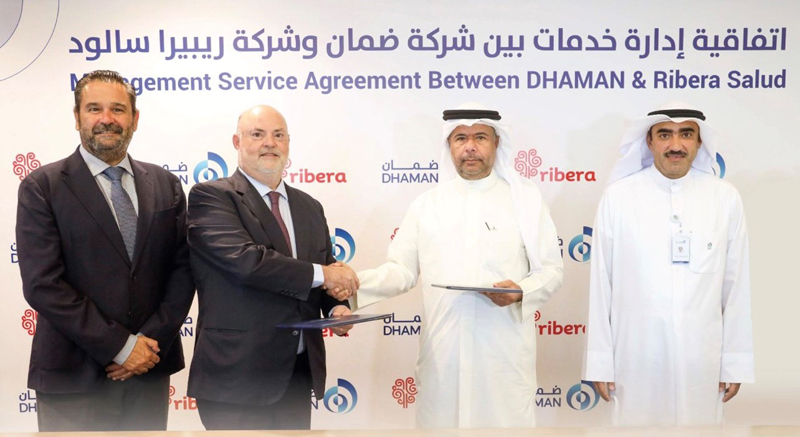 The Ribera health group is already collaborating with the insurance company Dhaman Corporation to promote the first hospitals in the Middle East in Kuwait with a public-private collaboration model. With this project, Ribera expands its sphere of influence beyond Europe and South America, where until now it had developed its activity, and consolidates its area of ​​strategic consulting to implement the so-called “Alzira model”, to help the different administrations in the sustainability of health systems.

The Ribera group has been selected by the Government of Kuwait based on its experience in the development of innovative health projects and its knowledge of the public-private model, in which it has been working for more than 25 years, and which began with the Hospital de La Ribera, in Alzira.  Hence the name with which the model was released, which is an international success story that is studied in universities and business schools such as Berkeley or Harvard Business School, because of the significant progress it represents in the sustainability of information systems, offering comprehensive health care, with hardly any waiting lists and with good health results, thanks to clinical leadership that is committed to technology and humanization and flexible and efficient management.

Ribera currently manages three hospitals with this public-private collaboration model: two in the Valencian Community (the Hospital Universitario del Vinalopó and the hospital in Denia), and one in the Community of Madrid (the Hospital Universitario de Torrejón). In addition, since 2019 it has also managed private hospitals in different Spanish regions, many of them with different types of agreement with the corresponding regional administrations, to facilitate citizen access to a responsible health model, with the latest technology and with hardly any waiting list. In total, the group has 12 health centers, 64 Primary Care centers and 35 polyclinics, almost 8,000 professionals and more than one million patients per year.

Dhaman Corporation is a joint venture owned by the Government of Kuwait, which is working on a strategic plan for the restructuring of health services in the country. The objective of the project is to provide health care of the highest quality, including the integration of primary care with hospital care to streamline consultations, diagnoses and interventions and share the clinical history of patients for better coordination and provision of care and assistance to the more than 2 million foreign workers currently in Kuwait.

Dhaman was launched in 2014 as part of the “New Kuwait 2035” National Development Plan and includes both the insurance programs and the construction and management of the network of Primary Care centers and hospitals in Kuwait, with the highest standards of quality of international health care.

Ribera is a business group that, since 1997, has been a provider of public and private health services. Its vocation is to transform the way of working and innovate in healthcare management. The group manages hospital projects and specialized care services in Spain, Latin America, Europe and the Middle East. It has a University School of Nursing and a Center for Vocational Training Studies, a purchasing center, a laboratory division, a technology company, and a foundation dedicated to research, training, and health promotion. Its reference shareholder is Vivalto-Santé, the third leading group of private hospitals in France, with 50 hospitals and clinics in France with whom it shares values ​​and work philosophy based on the values of medicine. Ribera is a responsible health company, which works to improve the health and well-being of citizens. Its social commitment is evident through multiple initiatives that, in accordance with the Sustainable Development Goals and the 2030 Agenda, add value to current and future society and contribute to the sustainability of health systems.