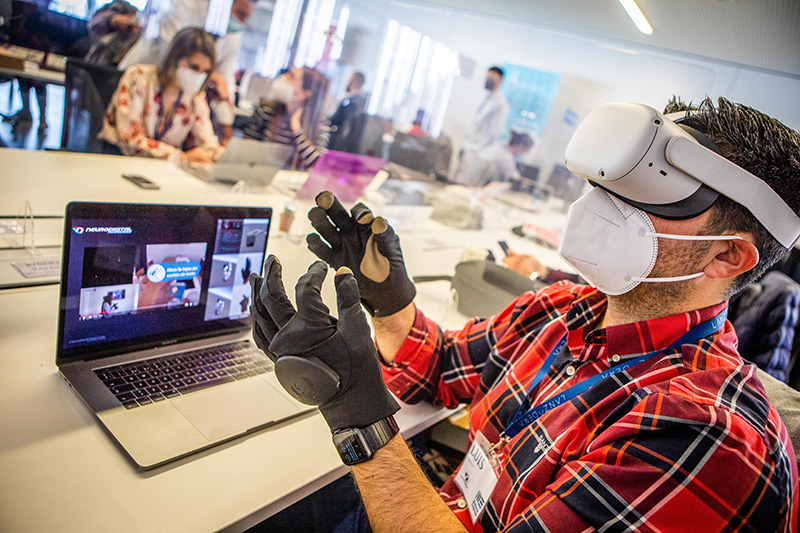 Valencia, 13th, April, 2021 –  The Ribera healthcare group has set their two first technological challenges of Lanzadera‘s new Health Innovation Hub, aimed at looking for creative, practical and viable startup solutions regarding “remote hospitals”, together with    Amazon e IBM, which act as facilitators, providing their technology and knowledge in order to generate solutions with a very wide scope.

Within this concept of “remote hospital” we can find all of those applications that, using Artificial Intelligence, IoT (The Internet of Things), voice technology or natural language processing, enable improvements to the monitoring of patients and communication with them, without them needing to go to the hospital, as well as the development of predictive models for early diagnosis.

Ribera already has experience with applications that take healthcare to where the patient needs it, after developing pilot startup projects in their hospitals, chosen together with Lanzadera in their corporate program. Now, within this Hub, they have gone one step further by having technology facilitators, such as Amazon Alexa and IBM, which will give support  to new projects. Furthermore, the technology affiliate of the group, futuRS, has developed predictive models, such as that which warns of Covid patients that may end up in ICU, in order to bring forward decision making and avoid any deterioration.

Lanzadera, the business accelerator driven by Juan Roig, with this Health Innovation Hub, is putting an initiative in place in which companies like Ribera propose challenges and technology partners facilitate the development of solutions for startups. As with the corporate agreements, the companies are responsible, together with Lanzadera, for choosing the enterprises that will innovate this sector. In this case, the startups will be able to present their proposals until June, and those chosen will begin to develop their projects in the group’s hospitals from September.

The hubs will be partly focused on dissemination, both through periodic seminars and round tables and through sectorial reports. “We will provide more opportunities through the Health Hub to make startups grow by large enterprises supporting them in successful technology”,  Javier Jiménez, the General Director of Lanzadera, explains.

“This Health Hub is of great value in the creation of an ecosystem of innovation and is going to enable us to identify new needs, create synergies with large technological enterprises and, above all, to generate knowledge regarding healthcare innovation”, Manuel Bosch, Chief Information and Innovation Officer of the Ribera group, affirms.

The incubator and accelerator of Lanzadera startups, together with EDEM Business School and the investment society Angels, forms part of the Marina de Empresas hub of entrepreneurship. It is one of Juan Roig’s initiatives, located at Valencia’s marina, which aims to train, advise and finance the entrepreneurs of today and of the future and is committed to the creation of wealth, employment and the promotion of entrepreneurial culture. Since its creation in 2013, Lanzadera has supported more than 600 startups, providing more than 15 million euros in financing in the form of loans. Across all of them, they have managed to generate more than 3,250 direct jobs, as well as an external investment of over 130 million euros. To form part of the program, entrepreneurs can send their project to  www.lanzadera.es at any time.

Ribera is a business group founded in 1997, specialized in the management of innovative health projects. With more than 6,400 professionals, their objective is to transform the way of working and innovate healthcare management in order to improve the health and well-being of the population. They have developed a management model that provides value to society and contributes to the sustainability of healthcare systems, which is studied as a success story in well-known international universities such as Harvard Business School or Berkeley. In Spain, Ribera is present in four autonomous regions and manages eight hospitals, four of which are university hospitals, and more than 60 health centres in the Valencian Community, the Community of Madrid, Galicia and Extremadura. They have various projects at an international level, as well as a purchase center, Ribera B2b salud, a laboratory division, Ribera Lab, and a technology division, Futurs. Ribera’s shareholders are the American insurance company Centene Corporation (90%) and Banco Sabadell (10%).