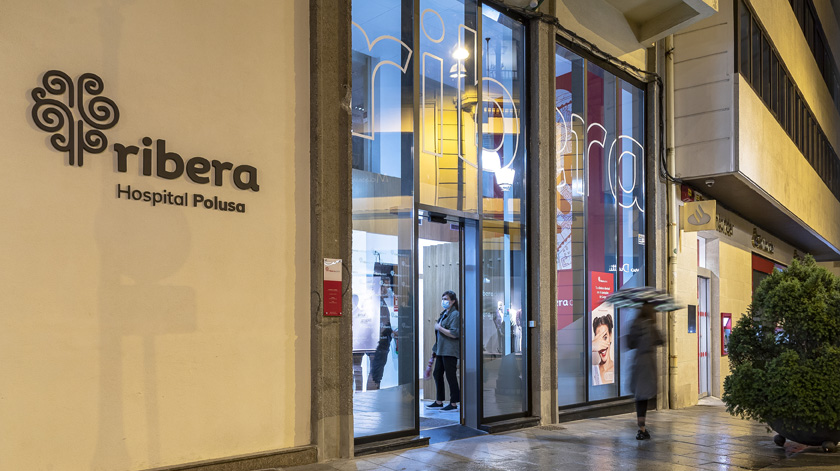 The Ribera healthcare group incorporated three new hospitals and created three specialized healthcare divisions throughout 2021, thus confirming its commitment to the growth and diversification of its responsible health model. Ribera Hospital de Molina (Murcia) and Ribera Juan Cardona hospitial (Ferrol) and Denia Hospital already form part of this healthcare organization, which has a total of nine hospitals and 41 primary healthcare centers and gives work to over 6,000 professionals, which guarantee healthcare to more than a million patients a year. Ribera was already a shareholder of Denia Hospital, with 35%, but it bought all shares in 2021.

Furthermore, the group has increased its commitment to strategic diversification, with the creation of three new specialized divisions,  Ribera Estética, Ribera Dent and Minds, which  has resulted in the opening of specialized clinics and consulting rooms for the first two, in the first phase, in Galicia y Extremadura, which will extend to other Spanish regions where it is present. Minds, on the other hand, is a digital emotional well-being program, with the guarantee of the constant accompaniment of a therapist which, in addition to video consultations and chats with the patient, provides every type of resource in order to give personalized and effective treatment.

Hyperspecialization is, without a doubt, one of Ribera’s characteristic features, just as the fast setup of its Breast Department shows, being a national and international benchmark in the diagnosis and treatment of breast pathologies, breast cancer in particular. For this reason, its team of professionals is a pioneer in revolutionary techniques and treatments such as  3D nipple tattooing, mammograms with contrast, fast biopsies and genetic signatures when confirming the diagnosis, amongst other advances. And thanks to signing the strategic agreement with the International Breast Cancer Center (IBCC), it is also now a leader in clinical trials, research and innovative medicine to combat cancer.

Under this umbrella of specialization and transversality, Ribera has also set up the Brain Damage and Functional Recuperation unit at Ribera Polusa Hospital, unique to Galicia, and new Car Accident and Sports Medicine Units in several of their private hospitals, responding to an increase in demand in these areas.

2021 has been another year marked by the Covid pandemic, just as in 2020. However, the CEO of the Ribera group, Eliza Tarazona, has highlighted that “all of the Ribera group’s health centers have maintained healthcare activity at all times, guaranteeing healthcare, both Covid and non-Covid, to all citizens within the area of its hospitals, as well as the operability of its operating rooms”. Surgeries have not been cancelled. Only when necessary have agendas been adjusted, always ensuring care and the shortest waiting times, just as the management reports show, in the case of the healthcare concessions such as those of Vinalopó University Hospital, with the shortest waiting lists in the the entire Valencian Community.

Investment in technology and innovation

Ribera’s growth has not only resulted in the incorporation of three hospitals and the creation of two specialized services. Equipment and facilities have also been updated. More than 7 million euros has been invested in technology for diagnosis and oncological treatments in its hospitals, such as the new CT-PET and MRI scanners in Vinalopó, the CT scanner at Ribera Hospital de Molina and Ribera Povisa‘s new accelerator; and around 4.5 million in remodeling infrastructure. The renovation of Ribera Povisa’s building facade is noteworthy, together with its new Dialysis Unit and the 22 new consulting rooms on the first floor of the healthcare center, as well as the refurbishments in Ribera Polusa and Ribera Almendralejo.

In addition, in just 2021 the healthcare group received 35% of the second call for R+D+I grants in primary healthcare from Fisabio (The Foundation for the Promotion of Health and Biomedical Research) in the Valencian Community, where it manages two health departments, the hospital in Torrejón, which it also manages as a concession. It has also  received a Dexeus grant for the study of diabetes in pregnancy, and Ribera Hospital de Molina published studies regarding malnutrition in patients admitted and the transparency of healthcare organizations.

It was also a big year for the technology division of the healthcare group, FutuRS, which has almost doubled its workforce this year, set up new offices in Madrid and initiatives in the United States and the United Kingdom which is going to mean that, in a few months, 50% of its staff will work for international projects from Spain. Moreover, Ribera has renewed and extended the agreement with Lanzadera, Juan Roig’s startup accelerator, for its corporate co-innovation program. This has already involved the launching of nine pilot projects with applications and platforms to improve the monitoring and care of patients, with patient telemonitoring projects, a virtual carer and online psychological therapy, amongst others. Furthermore, as a founding partner, it has formed part of Lanzadera’s Health Innovation Hub and Madrid’s e-health Cluster.

The laboratory division, Ribera Lab, is also on the path of success, being already integrated in three Ribera hospitals, having opened a new central laboratory this past year with three floors and 2,700 square meters in Torrellano (Elche), carrying out more than 350,000 tests and has confirmed its commitment to specialization in genetic diagnosis, thanks to the major investment in cutting-edge technology.

Work that is done well  gives results. Thus, all types of institutions and organizations have a positive view of the Ribera group’s strategic lines and commitment to transforming healthcare, with awards such as that of technological innovation for the Covid predictive model, developed internally, the Digital Transformation Award from the Valencian Chamber of Commerce, the mention as a finalist in the ABB Ability Digital Awards for our digital psychotherapy, the Healthcare Humanization Award from the Marketing Club for having pets accompany patients and the special diploma for the documentary about Covid, which was a finalist from 800 nominations in the Co-responsible Awards. Ribera’s centers have also received 17 accreditations and quality certifications, recognition of their staff on various occasions and the group was chosen as one of the 100 best companies at which to work in Spain.

In line with the Sustainable Development Objectives (SDO) and the 2030 Agenda, Ribera has strengthened its Corporate Social Responsibility actions (CSR), increasing its collaboration with Discamino, where it has incorporated corporate volunteering which has been very well received; it has produced the documentary Covid, the story of our heroes, with real testimonies from professionals and patients during the first few months of the pandemic, which has already been released in cinemas, with there also being a book  with the same title. Furthermore, it has designed, edited and produced a comic about correct hand hygiene for children, it has collaborated on the production and the dissemination of the first song that teaches young children about cardiopulmonary resuscitation (CPR) and has collaborated with a patient in order to publish the book Mi mamá no tiene pelo (my Mum  doesn’t have any hair) about breast cancer.

In addition, this Christmas Ribera has donated 35,000 kilos of basic products to organizations with soup kitchens and has organized the first multicentric corporate volunteering for its professionals. In this regard, the CEO Eliza Tarazona has placed value on “the magnificent human profile of the Ribera group’s team of professionals, for whom the patients are always of the utmost priority, and that, especially in this pandemic, are showing their involvement, commitment and courage when it comes to the health and well-being of the whole population.