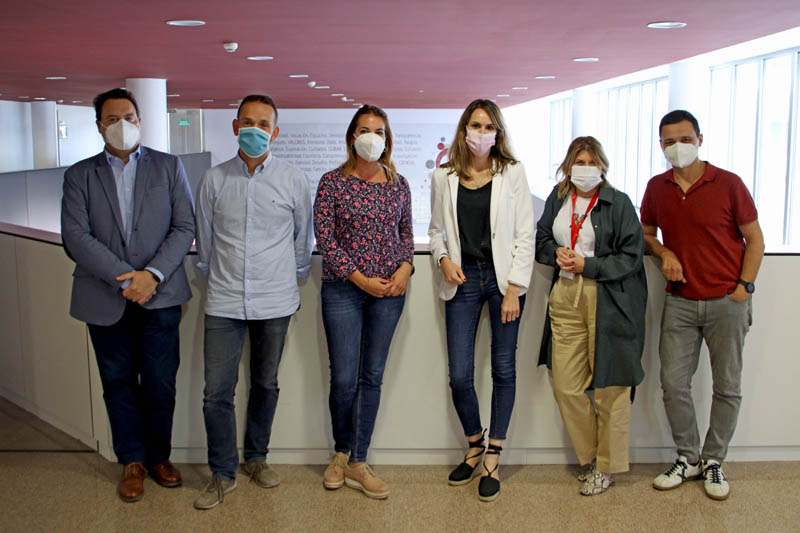 The Ribera healthcare group has incorporated two new startups into their co-innovation projects portfolio, which continues to grow through the  Lanzadera Corporate program. In this selection round of startups, Ribera has chosen to work on two pilot projects: a mobile application for personalized nutrition plans, Nootric, and a platform for online neurorehabilitation, NeuronUp, with whom the first work session has already been organized.

With these two startups, Ribera has chosen a total of nine technology companies in the context of the Lanzadera Corporate program in order to develop pilot projects in their healthcare centers and, at the same time, confirmed its commitment to co-creation and open innovation. Their aim is to continue transforming healthcare and provide patients and professionals with new tools with which to improve health and well-being.

Nootric is a mobile application with which you can create personalized nutrition plans, with recipes, shopping lists, exercises, coaching regarding eating habits, gamification and chat with a nutritionist. Thanks to a large amount of predetermined content, a nutritionist can reach a significant number of patients with very different profiles, monitor their progress and answer any questions quickly and easily. The pilot project that Nootric will implement for the Ribera group in the next few months will be carried out in the Oncohematology and Dialysis Department in Vinalopó (Elche), as well as Nefrosol, the group’s dialysis center at San Juan beach and in the maternity department at Torrejón University hospital.

NeuronUp, on the other hand, is an online neurorehabilitation platform, which suggests more than 10,000 activities for cognitive stimulation for patients with brain damage, sclerosis, paralysis and other neurological disorders, adapted to the needs of each patient and the severity of their condition. They are specialists in presenting real situations as multiformat intensive therapies, so that patients can practise everyday activities such as withdrawing money from a cash machine, on a computer, tablet or mobile, and its application has exercises in order to work on memory, attention, gnosia (the ability to recognise previously learned objects, sounds, etc.), language, etc. It is the healthcare professional who chooses the cognitive function that they want the patient to work on and the difficulty level, and the platform enables the monitoring of progress, which allows professionals to evaluate the progression of patients at all times.

In the case of NeuronUp, the pilot projects were carried out with patients from the Brain Damage Unit at Ribera Polusa Hospital and in the Neurology Department at Torrejón University Hospital. Futhermore, Ribera and NeuronUp will also work together on developing data models that, in the future, allow for the early detection of neurological diseases and cognitive deterioration, as well as predictive models regarding their evolution.